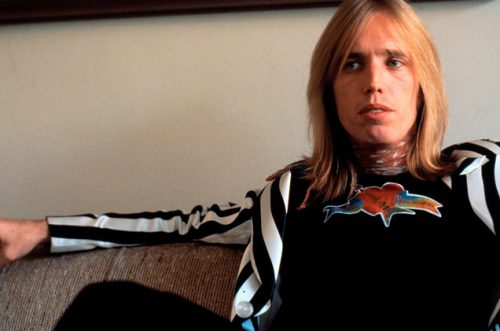 Tom Petty has died at the age of 66, CBS reports. Officials confirm they responded to an emergency call at his California residence on Sunday Oct. 1st. They rushed the rock legend to UCLA Santa Monica Hospital, where he reportedly passed away on Monday Oct. 2nd.

Petty was born in Gainesville, FL, on Oct. 20, 1950. Despite his easy-going, affable persona, Petty endured a rough childhood, living in poverty with an alcoholic, abusive father and a mother who was in fear of her husband. But a childhood handshake with Elvis Presley in the ’50s piqued his interest in rock n’ roll, and at the age of 17, inspired by the Beatles and the Byrds, Petty dropped out of high school to play rock with his band, Mudcrutch. After that band broke up, Petty and several of its members formed Tom Petty and the Heartbreakers, which catapulted him to the forefront of rock music for the next 40 years.

Tom Petty and the Heartbreakers’ self-titled album dropped in 1976, and although it would eventually go Gold and produce two classic rock radio staples with the singles “Breakdown” and “American Girl,” the album (and those singles) weren’t big hits upon initial release (“Breakdown” would later peak at No. 40 on the Billboard Hot 100 after being re-released). 1978’s You’re Gonna Get It! fared slightly better commercially, but it was the band’s third album, 1979’s Damn the Torpedoes!, that found Petty break through to massive success. That No. 2-peaking, triple Platinum album produced two top 20 hits with “Refugee” and “Don’t Do Me Like That.”

NEWS: Paul Baumer From Bingo Players Has Lost His Battle With Cancer

NEWS: 'Margaritaville,' the Most Lucrative Song Ever