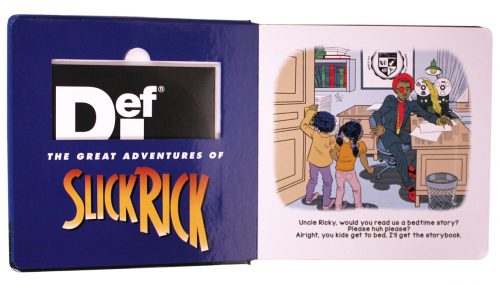 Get on Down is releasing a “Children’s Story“ children’s book. The book will be 18 pages and it will be released alongside a re-release of The Great Adventures of Slick Rick, the rapper’s 1988 masterful debut album. Also cool is the fact that a 12” piece of artwork from the original “Children’s Story” video will drop alongside the book.

The book, re-release, and poster will be available for purchase on April 22, which is Record Store Day.