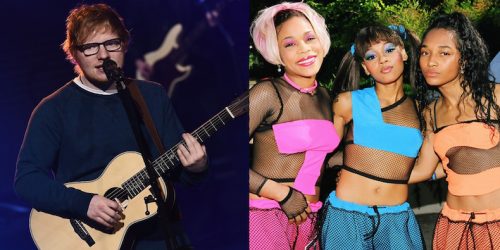 Ed Sheeran’s chart-topping “Shape of You” just got an additional three co-writers: Kandi Burruss, Tameka Cottle (aka Tiny Harris), and producer Kevin Briggs, the writers of TLC’s 1999 hit “No Scrubs,” have been added to American publishing rights organization ASCAP’s listing for the Sheeran song, as the BBC points out. Sheeran’s single originally only had himself, producer Steve Mac, and Snow Patrol’s Johnny McDaid as writers. Netizens have been pointing out that “Shape of You” and “No Scrubs” carried similarities since the release of the Sheeran single back in January.

TeamDMS member DJ Scooter made an exclusive blend of this for you to work into your sets.

TLC vs Ed Sheeran – No Scrubs (Scooter Shape Of You Blend)

NEWS: DJ AM Documentary to have World Premiere at Tribeca Film Festival in April 2015

NEWS: XS Tops The List of Highest Grossing Nightclubs In 2014