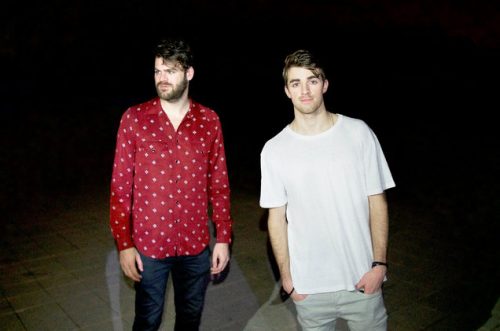 While an official release date via Columbia / Disruptor Records has not been announced, Columbia Records chairman and CEO Rob Stringer recently told Billboard the album was due in early April.

The Chainsmokers have previously stated that a potential album release was “up to our fans,” and judging by an Instagram post last night, the guys heard their verdict loud and clear.

Kicking off in April, the Memories: Do Not Open Tour will feature new production and support from special guest Kiiara and Emily Warren. Every ticket purchased online for the tour includes a copy of The Chainsmokers’ forthcoming debut album.

Presale tickets will be available at 3 p.m. ET via Citi’s Private Pass website. The general on-sale will begin on Friday, Feb. 3 via Ticketmaster.

NEWS: Ice Cube Gets His Name on the Goodyear Blimp