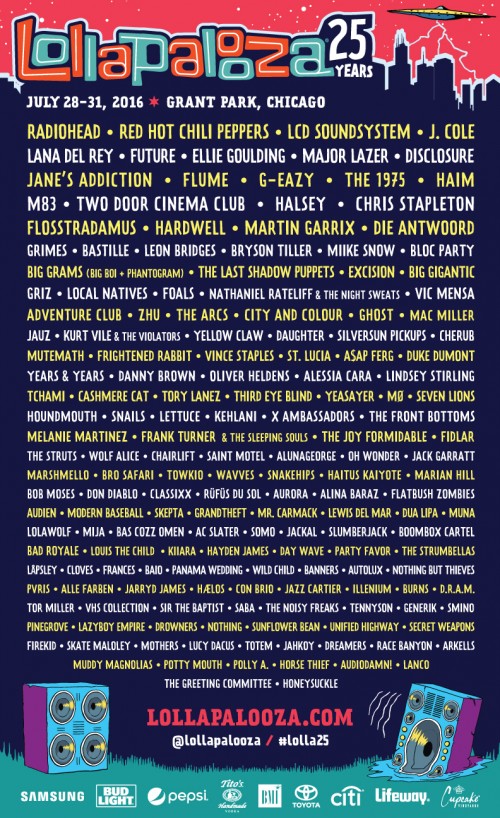 A few days after leaked lineup information correctly predicted the headliners, the full lineup for Lollapalooza 2016 has been officially revealed.

Taking place in Chicago from July 28-31, this is Lolla’s 25th anniversary.

NEWS: Avicii Will Retire From Touring Next Year