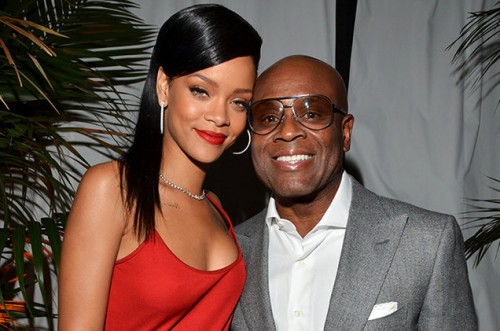 At Island Def Jam, Jay Z, whom I’d hired to be president of Def Jam, became one of my great teachers. When he first brought Rihanna into the office for an audition in February 2005, we worked like a team. I first laid eyes on her in the hallway. I didn’t know she was a singer or anything, just a pretty girl standing outside somebody’s office. Then Jay Z burst into my office.

“You have to see this girl,” he said.We went back to his office and he introduced me. She was a startlingly beautiful 17-year-old from Barbados. She opened her audition with a Beyoncé song, singing, but the whole time piercing me with these laser eyes. I saw her determination, her commitment. I saw someone who was going to be a big star someday. My head was spinning. She sang another song, “Pon De Replay,” that would become her first hit. After she was done, I looked at Jay Z.

“Don’t let her leave the building,” I said. I left it to Jay Z’s guys to close the deal, and she signed her contract that day. After signing Rihanna, Jay Z and his team did the A&R for her first album, and I had nothing to do with it. The funny thing about Rihanna’s success was that we signed two girls at that time — Rihanna and a lovely young lady named Teairra Mari. We had an in-house company showcase and Beyoncé happened to be there with Jay Z. Teairra Mari, Rihanna, a four-girl group called Black Butterfly and Ne-Yo performed. At the label, we thought Teairra Mari would be the big star. We spent more time on her, did more work on her, paid more attention to her. Rihanna already had a hit with “Pon De Replay,” but we still thought it was the other girl. A bell went off for me, however, when, after the showcase, Beyoncé came up to me. “That Rihanna girl,” she said, “she’s a beast.”