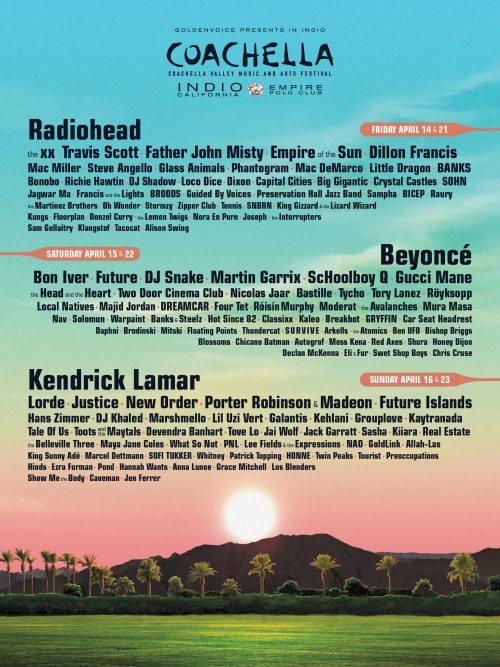 Beyoncé, Radiohead and Kendrick Lamar will headline the 2017 Coachella Valley Music & Arts Festival, which is slated for April 14 to 16 and April 21 to 23 in Indio, festival organizers announced Tuesday.

Passes will go on sale Wednesday at 11 a.m Pacific time on the Coachella official website.

Coachella promoter Goldenvoice also released the poster detailing the identical lineups for each of the three days of music over two weekends.

NEWS: Deadmau5- We All Hit Play