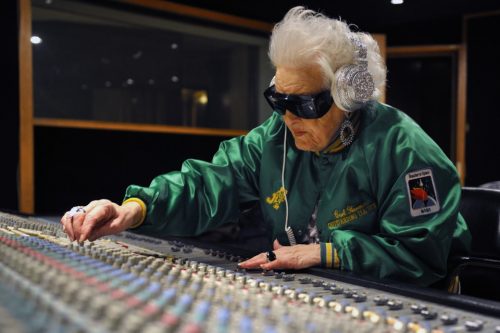 After a songbird loses its hearing due to physical trauma or loud noise, the sensory hair cells in its inner ear regenerate naturally. The healed bird can use its restored hearing to decode complex songs from other birds. In fact, this ear repair is almost universal in vertebrates. Fish and frogs share it. Only for mammals is hair cell death irreparable.

More than a third of seniors suffer from at least moderate hearing loss, and while hearing aids have improved over the years, no drug currently exists on the market to recover their lost hearing. In the lower vertebrates like fish and birds, those new hair cells arise from the supporting cells of the cochlea’s lining. Now, for the first time, scientists are developing methods that could do the same for humans.

We owe our hearing to a tiny field of swaying cilia deep in the skull. Four rows of hair cells sprout in the snail-shaped cochlea of the inner ear, which is filled with fluid. Sound vibrations cause them to bend, opening pores that activate electrical signals bound for the brain. We are born with 15,000 hair cells in each ear, but unlike skin or other cell types, they do not turn over or replenish themselves. Loss of these hair cells over time accounts for much of the age-related hearing loss around the world, as well as that caused by too much loud noise. A loud sound can permanently bend or physically prune a fragile hair cell, rendering it ineffective.

Dr. Albert Edge showed in 2013 that a “notch inhibitor” class molecule gives rise to new hair cells in a culture. Each hair cell responds best to a particular frequency of sound—they are arranged in order of frequency along the cochlea—so scientists can pinpoint the effect of these new cells on hearing. When regenerated hair cells were then grown in the cochlea of mice, the pitches corresponding to their placement were better detected by the animals.

Edge and his team first noticed the drug’s potential in a serendipitous report of its side effects in dementia treatment.

“We thought, ‘These side effects in an Alzheimer’s patient are exactly what we’re looking for in treating deafness’,” says Edge. “So we decided to try that idea out in these mice.”

Dutch company Audion Therapeutics, of which Edge is a part, is working on a proof of concept for regeneration of human-ear hair cells. They are using compounds developed by pharmaceutical giant Eli Lilly and applying them locally to the inner ear. With funding from the European Union’s Horizon 2020 fund, which provides extra stimulus to promising but risky investments, animal tests are well under way as part of Project REGAIN. Audion is now planning its first small, human clinical trials.

“Primarily we aim to show that it is safe and well tolerated,” says Rolf Jan Rutten, Audion’s CEO, “And also we will look for an efficacy signal.”

Meanwhile, this year in Farmington, Connecticut, start-up Frequency Therapeutics’ patent filings indicate they have been developing ways to induce supporting cells to multiply, then become hair cells, using a notch inhibitor. The procedure would involve releasing the drug locally, perhaps as a foam or using a tube in the tympanic membrane to send doses into the middle ear.

Unlike drug trials for long-treated ailments like rheumatoid arthritis, there is no development trajectory for something as new and different as hair cell regeneration. It is anyone’s guess how many years or, indeed, decades it will be before hearing-loss patients can benefit from these discoveries. Still, this challenge of bringing a product to market has the atmosphere of a race. Frequency Therapeutics declined an interview on the subject on the basis that they are in “stealth mode” pending a big research announcement.

“It is a competitive field, but everybody has their own approach,” says Ruttan. “Obviously there will be one of us that will be successful first, but it may be that our different approaches are complementary.”

In an organ as complex as the ear, he says, there is a place in the ecosystem for everyone. Perhaps that ecosystem even has room for a mammal that can regenerate its hearing like a songbird.