Ahmir “Questlove” Thompson is more than just the producer, drummer, and leader of popular hip-hop group The Roots, who serve five nights a week as the house band for NBC’s Late Night With Jimmy Fallon. His real vocation, he says after taping an episode of Late Night where The Roots backed the Backstreet Boys, is music teacher. Only professor Questlove’s musicology classes consist of three-hour DJ sets during which he hopes his dancefloor disciples actually learn something.

“I really don’t want to sound like a pompous asshole about this,” he cautions, “but I DJ because my mark is that I want to educate people. I love it when people Shazam my stuff, I encourage it, because that’s how people learn. I don’t think there’s a lack of good music out there, it’s just that people get overwhelmed by options. They don’t know where to start.”

So are Questlove’s DJ sets like TED talks you can dance to? “Exactly,” he laughs, before proceeding to explain how he got to where he is today, which in literal terms is a tour bus barreling down to a DJ gig in his hometown of Philadelphia.

I’m less concerned about providing a good soundtrack for the night than I am for manipulating you emotionally through your memories.
“After I read Last Night A DJ Saved My Life, I realized that this was my calling,” he admits. “Records were always my first love but I had to kind of make it a hobby over what was paying my rent at the time. But I took a cue from Mike D, who used to come out and DJ in disguise before Beastie shows. He was the one who showed me the value of setting the soundtrack of your night. At first I did if for free a lot at Roots shows, and aftershow parties. Nowadays, DJ-ing is where I make the majority of my income. What was once a hobby is now like my lifeline.”

Acknowledged as one of the better party DJs working, Questlove’s regular sets at Williamsburg’s Brooklyn Bowl are just one of a number of high profile gigs which include such recent triumphs as the wedding of Justin Timberlake & Jessica Biel, or Heidi Klum’s Halloween Party.

But we know what you’re really thinking. How can Professor Questlove teach you some timely tips and tricks so you can totally rock your own New Year’s Eve party? While acknowledging that there are “certain liberties I’m allowed to take because of my Questlove-ness,” Thompson the educator is nonetheless happy to oblige, offering up a few basic tips in Mixology 101:

A Good DJ Is An Emotional Manipulator

To me, DJ-ing is like a psychological test. I’m less concerned about providing a good soundtrack for the night than I am for manipulating you emotionally through your memories.

Do Your Science Homework

There’s a science to DJ-ing. It’s crazy now, because just to find a great song is one of the hardest things ever. You’ve got to scour and scour a gazillion sources just to get that one perfect song. I take notes. I see a lot of DJs and think, “Well that’s a clever idea,” or if I remember that a particular song will work in a particular key. Sunday is my designated day to plan it out. I force myself to spend about three to five hours on a Sunday morning, when you’re supposed to be reading the Sunday Times. I always see a movie at 12 p.m., doesn’t matter what movie it is, then I’ll get home at 3 p.m. and for the next three hours I’ll devote to converting tracks to 320 [kbps] MP3 files on Serato. Then for the next two hours I’ll just start surfing the Net for what I should be up on. I go through my Shazam lists if I’ve heard something on the radio and Shazam-ed it. I’ve purchased so many records in the past 20 years, over 70,000 easily, and I’ve only taken about 45,000 of these out of the box. Then there’s my collection of Serato 320 MP3s, which I consider separate from my record collection. I have about four terabyte-sized hard drives of just music, which is even more overwhelming than my actual record collection. I use Serato to be able to DJ using my “wax” via computer. By Monday, Tuesday, when I’m not DJ-ing I may concentrate on putting together 10 record blocks that will be part of my sets.

Know Who Your Audience Is

If I’ve got a show coming up I have to think about what I’m gonna play. For me, the hardest challenge is when I know I’m going to have to incorporate current top 40 songs. Like when I did the Timberlake wedding or Heidi Klum’s party. Usually, with weddings or with highly corporate sponsored parties of that level, they expect a certain amount of current fodder so I usually can’t really show off my musical IQ; but I still have to be unique about it. You just have to figure out who your audience is and what their memories are. If I happen to be DJ-ing for CEOs who are now 38, 39, and 40, they would have been playing Super Mario Bros when they were 12 and 13, so I might pay $200 to find a used Nintendo game just so I can record, in the clearest level possible, the Super Mario Bros theme just so I can have that payoff moment for 10 seconds when they all go “Oh my god he’s playing Mario!” Lately I’ve been spinning TV themes, like The Legend Of Zelda. Most TV themes you can buy on compilations from iTunes.

When I was in my twenties, I would insist on doing five-hour sets because it took me five hours to really tell a story. Of course, as of late I’ve been doing more like three hours, in which I average about 120 songs. Ideally, if I can show you 150 songs, that’s a successful night. When I was less experienced, I would try to come out the gate on my first 30 records; 100% classic record, classic record, classic record. But that adrenaline was addicting, because you play a song and the crowd is like “Aw yeah!” and the second song it’s like “Oh my god, yeah!” and people start losing their minds. But you could only really keep that streak going for about 17 records until the reaction stopped happening and people sort of became numb. I used to wonder why I couldn’t keep that excitement and adrenaline up the whole night. Every record was undeniably perfect but there was nowhere to go.

The Law of Ten

I think of sets of songs in terms of 10 at a time, and on every 10th song, I have to sort of “re-up,” which means having an adrenaline move. The reaction’s better if you let them down a little within the set. So now, I’ll take these 120 songs, and I figure that I’ll have around 12 “spike the punch,” adrenaline moments. The challenge becomes how to build up to these so that it sustains and doesn’t wear people out. So part of my formula in a situation like that is I make my own favorite records, like Kermit The Frog’s “Happy Feet” as a “downer” record, because I do need a record that gets them asking “What the hell is he playing?” So then, when I go into something that’s ubiquitous, like “Gangnam Style”….

So the hardest challenge for me is to find bad records to put in my set. Within each 10 songs, I have to figure out songs that perfectly segue into each other. I like to segue songs in a musical way, by key or by relative key. That’s basically my trademark. It took someone 20 years to finally realize that that’s my secret. Some DJs like to fade songs in and fade songs out, and some DJs like to scratch and cut records in, and I do this trick where I “echo” a record in or out. So I add an echo effect at the end and while that echo is looping, the next song starts and somehow both songs are perfectly in tune with each other. For instance, a song like Nu Shooz “I Can’t Wait” is the relative major to Tom Tom Club’s “Genius of Love,” and if I’m doing it the right way, they blend seamlessly into each other. I make all the songs sound like one giant sweep.

Smack Them In The Face

I do hard segues and I don’t blend songs together. I want them to smack you in the face. Last night I spun an event and I put on “Jesse’s Girl” by Rick Springfield and Joe Jackson’s “Steppin’ Out” but in between them I put on Kim Wilde’s “Kids In America,” which was kind of like a breather, because it’s a less familiar track for the audience I was playing for and there’s no exciting drums in it. Then the reaction’s bigger when you let them down a little before you smash them in the face with the Joe Jackson track.

One of my shockers is when I play “Smells Like Teen Spirit” to a black crowd, and they’ll often respond to it more than my white audience would. In the beginning I think people thought I was being funny, but everything I spin is sincere. One time I played “Ice Ice Baby” by Vanilla Ice [as a lark] but I must have hit it at a moment where enough time had lapsed, and revisionism had kicked in, so the song had gone from being a pariah to being a song that people enjoyed hearing. This happens all the time, some of my best records are ones that the serious musician in me would have called garbage only 10 years ago. I never once spun “Baby Got Back” or other “pop” hip-hop records in the ’90s, but now it’s like those records are fun to throw on. I love being the corny wedding DJ. I see no shame in it. Half the battle is conviction. If you spin it with conviction, then it works.

Michael Jackson is absolutely foolproof. He’s the one artist that can work in every setting. I’ve done sets for Oprah Winfrey, and for conservative statesmen, and for my own nightclub audience; I’ve never seen Michael Jackson lose.

Beyoncé makes themes that make women want to dance together. “Crazy In Love” and “Single Ladies” bring the fierce out in most women, although I do see a struggle whenever I play “Single Ladies”; the men stop dancing and just let the girls have their day. I’ve never seen a guy who’s straight up like “Oh my god, this is Beyoncé’s song, I can’t wait to dance to it!”

Kanye West is probably one of the most frustrating artists to spin because he puts so much bass inside of his music that you can’t hear the melody. I’ll often have to go behind him and remaster his stuff so that I can DJ it. Twice I’ve had to pay speaker funds for blowing out a monitor and both of them have come courtesy of Kanye West records. I don’t want to lose a couple thousand bucks just because he still thinks the average listener is listening in the back seat of a car. 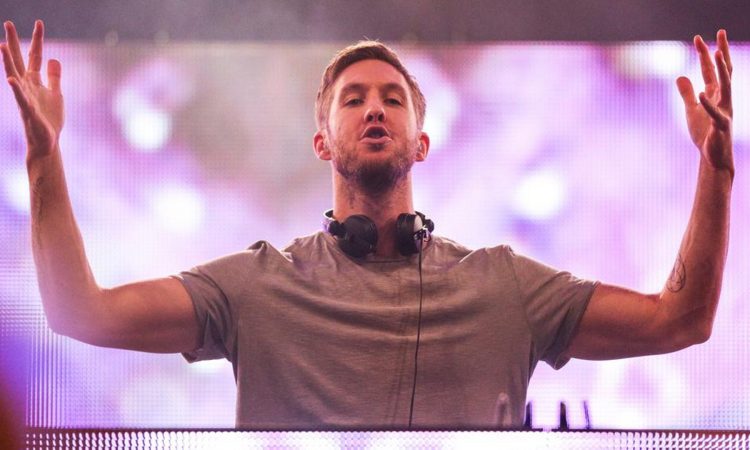 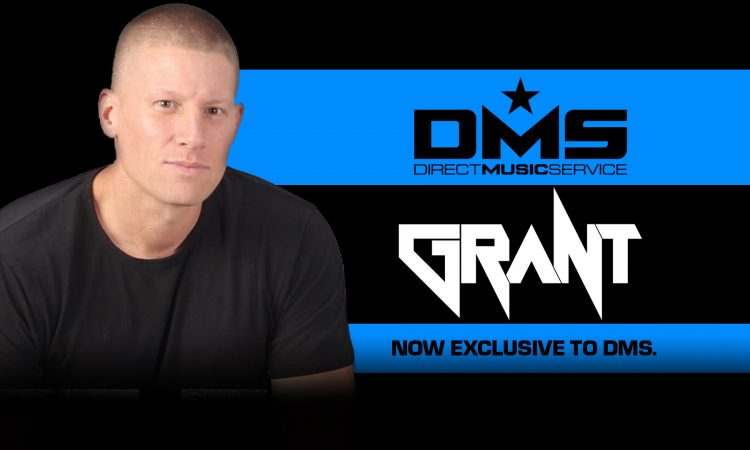 NEWS: Outkast To Reunite For Coachella 2014?