“Frank Ocean usually takes subdued approaches to his videos, but not with ‘Pyramids.’ The ‘Channel Orange’ singer examines the contrasts between the seedy underworld of strip joints and the actual underworld, all while sporting a sharp suit and brandishing a gun. The dark, trippy clip is a stark contrast to his ‘SNL’ performance of the song with John Mayer, in which he danced and played video games.

The video opens with Ocean in a bar, though you don’t immediately see his face. We see shots being made, poured, then literally shot — Ocean shoots at the bottles, flasks and glasses behind the bar, sparing some Patron, then makes his exit. We finally see Ocean as he walks to a motorcycle in the rain, riding into the daylight hours and rising sun, sometimes going so fast that he’s merely a blur on a long stretch of highway.

In what appear to be flashback sequences, we see Ocean in a strip joint — the Pyramid that he croons about. He seems exhausted and even a little confused as to why he’s there among so many scantily clad ladies. Eventually, though, he seems the women as essentially sexy demons, and instead of getting freaked out and leaving like most of us would, he just laughs uproariously.

Soon, the song breaks to John Mayer’s guitar solo, and we see Ocean and Mayer in an ethereal scene outside of the club’s glowing icon. (Mayer’s hair is long in the clip, indicating that at least his part was filmed prior to his post-Katy Perry split shearing). After Mayer’s solo is over, a sleepy, baffled looking Ocean falls backward, apparently waking up back his motorcycle in daylight … and heads back to the Pyramid on foot. He’s been sucked in to the seedy, dark underworld — literally, based on the glowing eyes on the strippers — and he keeps going back.”

VIDEO: The Weeknd - Tell Your Friends

VIDEO: David Guetta ft. Chris Brown & Lil Wayne "I Can Only Imagine" (Behind the Scenes)

VIDEO: YG vs. The People

VIDEO: Vice vs. Rick Fox On Episode 10 of ‘Electric Taco’ 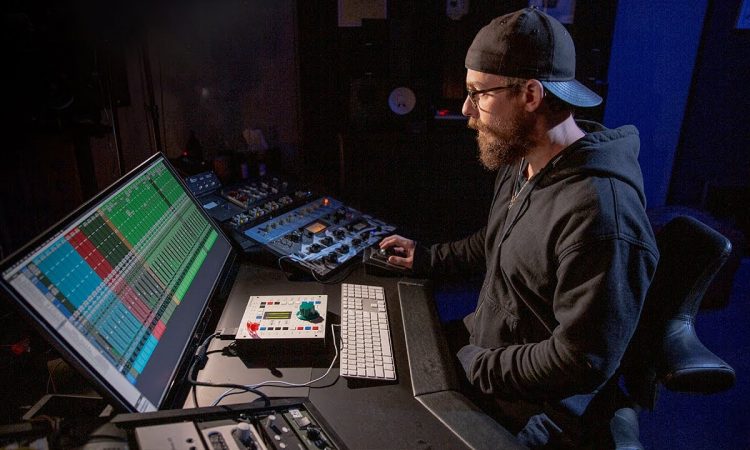 Mixing ‘Love Yourself’ by Justin Bieber with Josh Gudwin