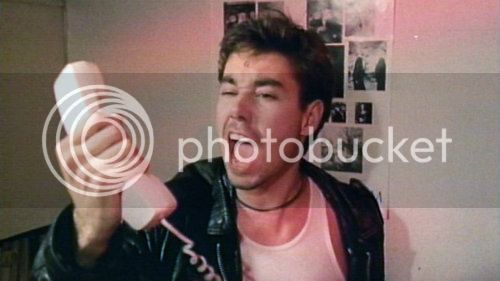 “Late Beastie Boys member MCA made sure he would never be a corporate sellout — even in the afterlife. The pioneering rapper, whose real name is Adam Yauch, instructed in his will that his image, music and any art he created could not be used for advertising, saving himself from the fate of other deceased musicians whose faces and songs have become corporate shills.

Yauch’s will, filed Tuesday in Manhattan Surrogate Court, says the Brooklyn native’s entire fortune of $6.4 million should be placed in a trust for his wife, Dechen Yauch, and their 13-year-old daughter. It also says Dechen has the right to sell and manage his artistic property. Yauch died May 4 at the age of 47 from salivary cancer, just days after the Beastie Boys were inducted into the Rock and Roll Hall of Fame. Yauch founded the Beastie Boys with rappers Ad-Rock and Mike D, and has co-writing credits on the band’s most famous songs, including “No Sleep till Brooklyn,” “Fight for Your Right (to Party),” “Sabotage” and “Hey Ladies.”

It’s unclear whether Yauch’s will would prevent his bandmates from ever selling the music they wrote together to advertisers. Yauch’s lawyer and a spokesman for the Beastie Boys did not respond to requests for comment. A champion of Buddhism and Tibet, Yauch also directed music videos and the group’s concert film, “Awesome; I F—in’ Shot That!” Corporations have regulalry enlisted deceased musicians, celebrities and historical figures in ads. In 1997, Apple used the images of John Lennon, Martin Luther King Jr. and Gandhi in a black-and-white commercial to launch its “Think Different” campaign.”

NEWS: Here's How They Brought 2Pac Back To Life