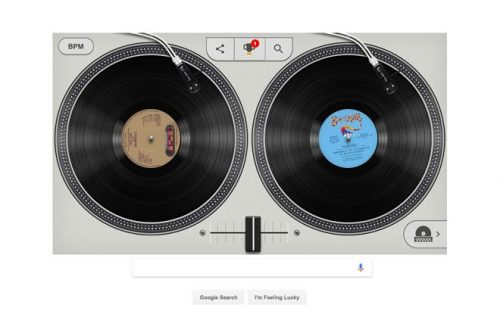 Ever the innovator, Google has always made its homepage light up when celebrating an anniversary. From Pac-Man’s 30th birthday to 20 years of Wallace & Gromit, the web giant knows how to bring a smile to people’s faces.

Today, though, Google has outdone itself with a fully functional virtual DJ tool on its landing page. To celebrate the 44th anniversary of hip hop and the all important ‘break’, Google has provided a video explaining the origin of the genre before it launches you in front of two turntables and mixer.

You can choose your tracks, change the bpm or even take the auto-sync function off if you’re feeling brave enough.

Head over to GOOGLE to see if you’re a hip hop master.