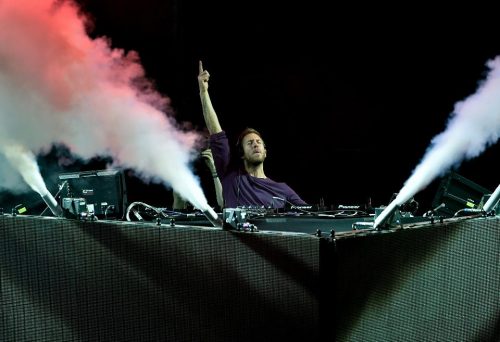 On the surface, it would appear that Calvin Harris has had a rough year. He got into a car accident, parted ways with superstar girlfriend Taylor Swift and saw a $3 million dip in annual income. But it would take much more to knock Harris from his throne: he still pulled in $63 million, making him the highest-paid DJ in the world.

For the fourth consecutive year, Harris is the earnings champ of EDM, a genre defined by a swirl of synthesizers, towering vocals and psychedelic light shows. The Scottish DJ, who gets paid more than $400,000 per Vegas gig, has long had his eye on the top spot. “I want to be the number one songwriter-producer guy of all time,” he told FORBES several years ago.

The Top 10 Highest Paid DJs are: