On April 2nd 2011, LCD Soundsystem played its final show at Madison Square Garden. LCD frontman James Murphy had made the conscious decision to disband one of the most celebrated and influential bands of its generation at the peak of its popularity, ensuring that the band would go out on top with the biggest and most ambitious concert of its career. The instantly sold out, near four-hour extravaganza did just that, moving the thousands in attendance to tears of joy and grief, with NEW YORK magazine calling the event “a marvel of pure craft” and TIME magazine lamenting “we may never dance again.”

SHUT UP AND PLAY THE HITS is both a narrative film documenting this once in a life time performance and an intimate portrait of James Murphy as he navigates the lead-up to the show, the day after, and the personal and professional ramifications of his decision. Watch the trailer for the movie above and check out the interview of James Murphy (LCD Singer), & Will Lovelace & Dylan Southern (Directors) all about the making of the movie after the jump.

“Two guys from Liverpool — Will Lovelace and Dylan Southern — set out to make a movie about LCD Soundsystem’s final concert in Madison Square Garden. As an attendee of said concert, I have been eagerly awaiting this film, which doesn’t have a distributor yet. But I was in no way prepared for the access into the fascinating brain of front man James Murphy that Shut Up and Play the Hits provides. My thoughts and feelings for James are extremely personal, probably better suited for a revival of my LiveJournal, so instead of rambling for 20-30,000 words, I decided to see the film and then speak with the creators.

Note 1: I don’t want to spoil things, so certain aspects of our conversation have been left out for your own good.

Note 2: I’m putting myself on the IMDb page as “two-second screaming cameo.” MAMA I MADE THE MOVIE.

How did you get attached to the film? I’m assuming you were LCD fans before?

Dylan Southern: Yeah, we were fans. It was kind of a weird starting point because we had done another film, about the English band Blur, called No Distance Left to Run. We weren’t really sure whether we wanted to do another music film. But then we had a friend that knew both Blur and James and was like, “You should talk to James.” And as fans, we thought that would be great. We went for a meeting, there were lots of other record company people there, who all just talked to each other.

Will Lovelace: It was so embarrassing. Fifteen other people and then just me, Dylan, James not saying anything — and everyone else just talking about how amazing it was going to be, with no one knowing what it was going to be.

Southern: We didn’t know it was going to be as much of a concert film as it ended up being because Madison Square Garden hadn’t been announced — but it was never going to be a biography or a history of LCD. It was always going to have something to it that was a bit more of an experience. So when they told us “Madison Square Garden,” we knew it had to be a document of a specific moment in time, plus James’s reflections on what it feels like when you’ve made a crazy decision like that to just stop everything.

There was incredible buzz leading up to that show. There’s no way you could have predicted that ahead of time, obviously, but what was that like? And how did that impact your ability to tell a story about LCD?

Southern: It was terrifying.

Lovelace: It was a tricky balance to get, but we always wanted it to not just be a concert film. But [the backstory] doesn’t work without the show.

Southern: It had to be slightly more cerebral, because one of the things we were really interested in was why James had made the decision [to retire]. Also, we wanted to look at the idea of what it means to be someone in James’s position: to have a sort of contract with the fans. I think it fed into the way we picked the songs and structured the concert; we had to build our own set list and we knew we’d get in trouble with fans for leaving certain songs out, but we had to structure it in a way that suited the story that went alongside the concert.

Yeah, as I was watching the film and had sort of a mental checklist, I was curious to see what would ultimately get left out. So I gotta ask: Was it a purposeful decision to leave out “Daft Punk Is Playing at My House?”

Southern: It was in it until the last minute.

Also, for the person at the concert seeing the film, there were lots of little moments that I forgot about that made it but were small and could have easily been left out. Like, I forgot until yesterday that Aziz Ansari crowd-surfed. He actually ended up about 10 feet away from me.

Southern: Oh, you spotted that?

Lovelace: We searched through every camera angle trying to find more shots of that.

I had also forgotten about the whole buildup to “North American” and James’s back-and-forth with Arcade Fire. That was a great moment to keep in that could have been easily lost.

Southern: James always cringes when he sees that, because he hates it when people onstage go for the cheap cheer, so instead of going, “Here’s Arcade Fire,” he just started talking.

Because he never said their name, right?

Southern: He never does, he just starts rambling. Every time he watches that, he’s like, “Ughhhhhh.”

So I have a lot of thoughts about how fantastic James Murphy is after seeing this film, but what was it like filming him? There are some moments where you must have felt utter disbelief at the things he said on camera.

Lovelace: Yeah, especially on the day of [the concert], you were a bit like, “This is crazy.” I mean, basically while we’re filming he’s checking his e-mail 20 minutes before they go onstage just to see if someone needed to get on the guest list. It’s just not what you expect.

Southern: It’s not that he’s a control freak, but he likes to know that everything is done and done right. He’d say himself he’s slightly OCD in that respect. Well, not clinically, but you know.

Perhaps the most important moment of the film to me was [narrator] Chuck Klosterman and James’s conversation about writing very age-conscious music and being very aware of where he is in his life and relaying that in his songs.

Southern: I think we all do it, you’re always looking at historical people’s careers and what they were doing at your age …

Southern: Like Orson Welles made Citizen Kane when he was 24.

How do you think this film should be viewed? At the screening, I was rocking out, but I don’t know if that’s always going to be appropriate.

Southern: We’re hoping that when we come out with the full-length concert, which is a separate thing from Shut Up and Play the Hits, that eventually the four-hour concert will be something we play in venues. We want people to go, like an event.

Lovelace: At the screening, it was so loud; James would have been very pleased. It was unreal. It felt like you were there.

Y’all had sort of an all-star team helping you shoot the film — didn’t James ask you if Spike Jonze could help?

Lovelace: Yeah, and when he was filming, Spike was like, “I hope we’re getting some good stuff,” and I was like, “Spike Jonze, it’s cool.”

“Do whatever you want, Spike.”

Southern: It was like some parallel universe where we were telling Spike Jonze what he should shoot.

For me, the greatest moment was when James is looking up during the final song, seemingly saying to himself, “Are these balloons actually going to work or not?” And then they did and it was the happiest moment ever.

Lovelace: That’s exactly what that face was, it was a half-smile, half-“shit.” [Interview via Grantland]

LCD Soundsystem – Daft Punk Is Playing At My House

For more information about this movie check out the links below: 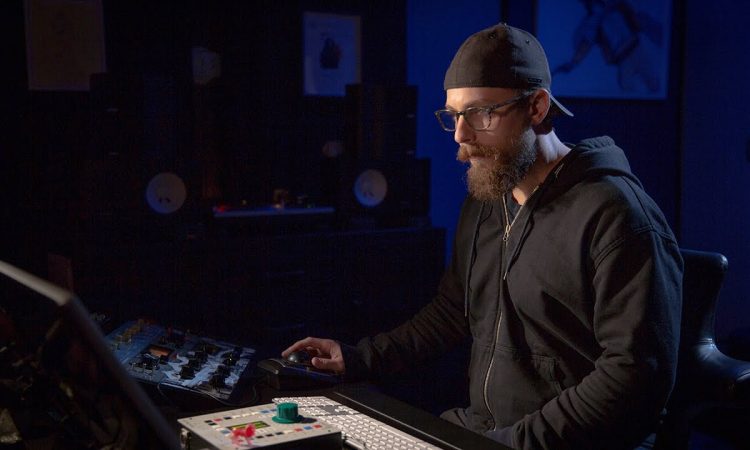 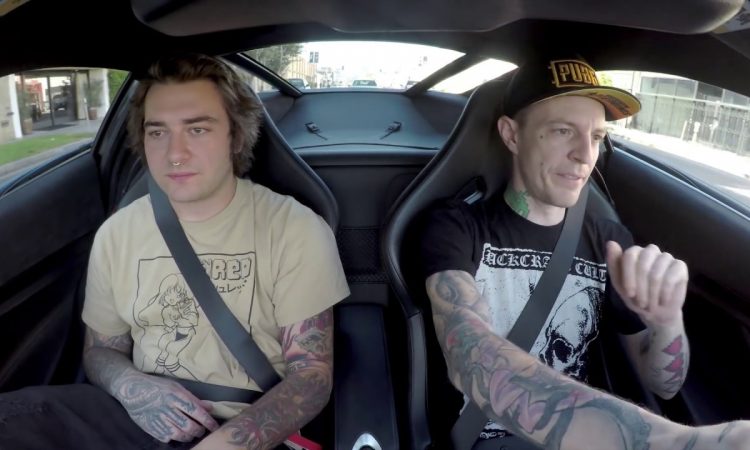 VIDEO: Ellie Goulding Talks About The Meaning Of ‘’On My Mind" 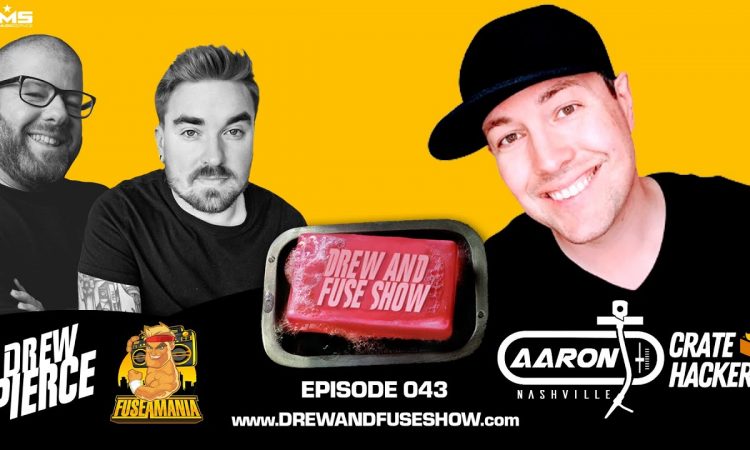