Some of the most fascinating documentaries introduce audiences to people they’d otherwise never know, but here’s one about someone who could legitimately be called the “most known unknown.”

Directed by music video veteran Kevin Kerslake, As I AM: The Life and Times of DJ AM, which will have its world premiere at the 2015 Tribeca Film Festival, tells the story of Adam “DJ AM” Goldstein. While he was alive, Goldstein was a leader among the music industry’s biggest producers and DJs, pioneering dance music’s now-omnipresent “mashup” genre and spinning at Las Vegas clubs whenever he wasn’t cranking up private bashes hosted by celeb pals like Leonardo DiCaprio, Ben Stiller, and Jennifer Lopez. He was the United States’ first million-dollar DJ, and his future looked incredibly bright.

But then, just like that, he left this world far too early. In August 2009, Goldstein, who’d battled addictions and familial turmoil throughout his short life, died from a drug overdose. He was 36 years old. The tragedy came nearly a year after he and close friend, and former Blink-182 drummer, Travis Barker survived a horrific plane crash that killed four of their friends. Around the time of Goldstein’s death, AM’s peer David Guetta released the single “When Love Takes Over,” featuring Kelly Rowland, the radio killer that jump-started EDM’s rise to Billboard dominance, something Goldstein had been working towards for years. Six years later, AM’s name isn’t mentioned alongside current DJ/producer powerhouses like Calvin Harris and Alesso.

As I AM: The Life and Times of DJ AM covers all of that, and more, using Goldstein’s own voiceover narration and fresh interviews with some of his closest friends and colleagues, including Jon Favreau (who directed Iron Man 2, in which AM made a cameo) and fellow DJs like Mark Ronson, Diplo, DJ Jazzy Jeff, and Steve Aoki. In anticipation of As I AM’s premiere on Friday, April 17, Tribeca Film got director Kevin Kerslake to explain why you’ll want to get to know DJ AM.

An Artist Ahead of His Time

“One of the greatest tragedies about AM is that we lost him before he really peaked. There’s this perfect storm of technology with the popularity of EDM and the fusion of hip-hop that’s all happening right now, and there were unlimited possibilities for him within that because he saw the potential in it before a lot of other people did. He always blazed trails; he was one of the root systems for everything that’s going on now. There were artists before him, of course, but he was really the first guy who saw the possibilities of where it could go with embracing other genres. You can see traces of him in most of the work that’s going on right now.”
“Because EDM is so big, your mind sort of explodes with wonder about where he might have been today, but also because of his producing and DJ talent. We lost him before he really hit his prime.”

Not Your Average DJ

“I’d met Adam but it was always in the context of work. I did all of Insomniac’s branding and shot the Electronic Daisy Carnival shows and Hard Summer shows. I knew him through that context, but we weren’t friends. I was shooting those events and had an upfront seat right there on stage. I was right in the DJs’ grills.”
“The thing about AM that struck me as different from the other DJs was that he was an actual DJ. You run into a lot of guys who just push buttons at the beginning of their set, put their arms in the air at the beginning, and don’t put them down until the end of the show. AM was different—he worked every element of his set. He was ridiculously prolific, in terms of the tracks he would drop and the work he’d do over them live on stage.”
“There’s no doubt that his skills factored into every second of his sets, and, unfortunately, that’s unique—you’d expect a lot more from DJs who make their living doing this. There’s only a small percentage of DJs who actually do that work on stage and don’t have it pre-programmed into their sets. AM wasn’t like that.”

His Own Personal Storyteller

“This film happened because AM’s mom wanted to make a movie about him. She’s endured an incredible amount of tragedy—she lost her only other child, her daughter, 16 months after AM had passed. There was a longing on her part to do something that’d really showcase Adam’s place in the universe, both as a DJ and as a human being. When I finally came on-board, it was November of 2012. She gave me his laptops and computers, and we started exploring them right away. My producer Joel Marcus and I just dove into his world. He was a digital packrat who never stopped collecting photos and videos, so based on that I started piecing the movie together.”

“I knew the spine of the movie would be this AA speech he gave on his 11th sober birthday. It’s called a ‘share,’ where he motor-mouthed his way through his entire life with some flair; so much of his character comes through in that speech. He gave it right around the plane crash, which preceded his death by around 11 months. That was really his autobiography. I use it as narration in the movie. The thing about it is, he hits various periods in his life that had certain impacts on him, so it offered me the blueprint of how I needed to put the movie together. His words showed me the way, so to speak.”

“One of the things he covers in the speech was his experience at a teen rehab facility that’s since been closed down for cruel and unusual punishment. He sort of skips over it pretty casually in the AA speech, with some humor, but when I started to explore that world, it was this cesspit of profit, corruption, and abuse, and I think it had a cataclysmic effect on his ability to reach out for help and ease some of his suffering. When he was in that place, whenever he reached out for help he’d be punished. That’s just one example of something that had a pretty lasting impact on both him and the film, from that speech.”

“It was pretty easy to enlist people to give testimonials about their friend and colleague. I’ve never met anybody who’s had such universal praise as AM. There are so few haters in his world; you have some in the DJ world, just because it’s like a B-boy world, where it’s rife with conflict but also good-natured, in a way. But AM’s impact on everybody he crossed paths with is almost uniformly positive. He was this light in everybody’s life, this luminous force.”
“When someone can touch people that deeply and with that much optimism, hope, and good-natured behavior, you’re going to get a lot of people who want to shout about it. And all of these people are conceivably hard to get to, because they have circles of people surrounding them who’ve been hired to protect them from intrusion, but AM cut through all that. I was sort of just riding his wave; he’d already done the work in his life to be enable me to have so many amazing people involved with this movie.”

A Victim of Fame

“I don’t necessarily think Adam sought fame, but he definitely sought approval. When you get approval at that level, and at that volume, it’s going to fuck with your head. It really takes diligence and mindfulness to keep your feet on the ground, to navigate that and really stay your course, and AM did that. The thing that messed everything up was the plane crash. He wasn’t the same after that.”

“The perils of fame are definitely a big element of the movie. A lot of people look at famous people and think, ‘They have everything,’ but what they forget is that these people are just humans. They have to wake up everyday just like Joe Blow; they have to live with themselves and look at themselves in the mirror and be OK with that. No matter how many records you sell or how many shows you sell out, you still have to be human, and that’s tough when you have people blowing smoke up your ass and telling you ‘yes’ when they should be telling you ‘no.’ I try to get into that in the movie—we definitely go to the dark corners of fame, celebrity, and success.”

“Tragedy is the most relative art-form, and AM had it in spades. He was a force of nature; he had such an incredible will to overcome so many obstacles, whether they were interior or exterior. He triumphed more in his short life than a lot of people do in their longer entire lives.”
“The movie’s sort of a nail bomb. It goes into so many different directions at once. I hope you walk away with an appreciation for AM’s talents and a sort of awe that somebody could do so much in so little time, in a sense, against all odds. I also hope it energizes people to be conscious of the capacity people have to do good work and to do good onto others like he did.”

As I AM: The Life and Times of DJ AM will premiere at the 2015 Tribeca Film Festival on Friday, April 17, 9:15 p.m., at Regal Cinemas Battery Park 11-5, followed by three other screenings throughout the festival. Buy tickets here. 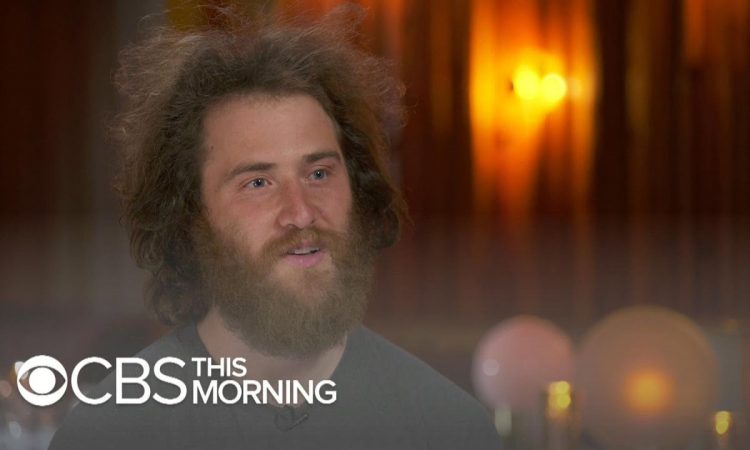 INTERVIEW: Ne-Yo Explains How He and Calvin Harris Created Magic on 'Let's Go' 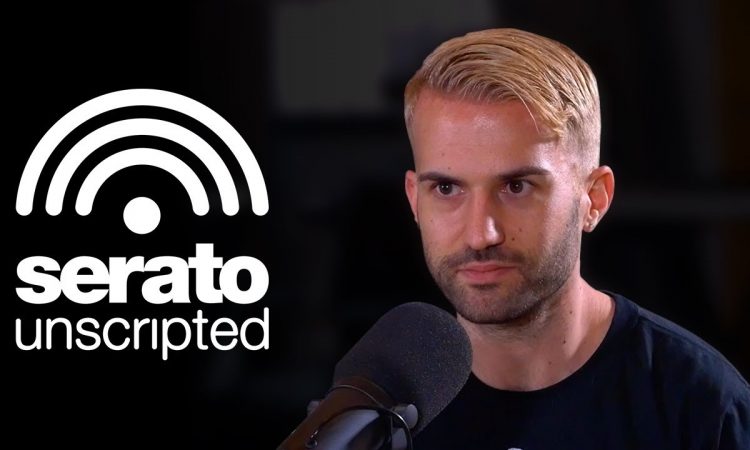 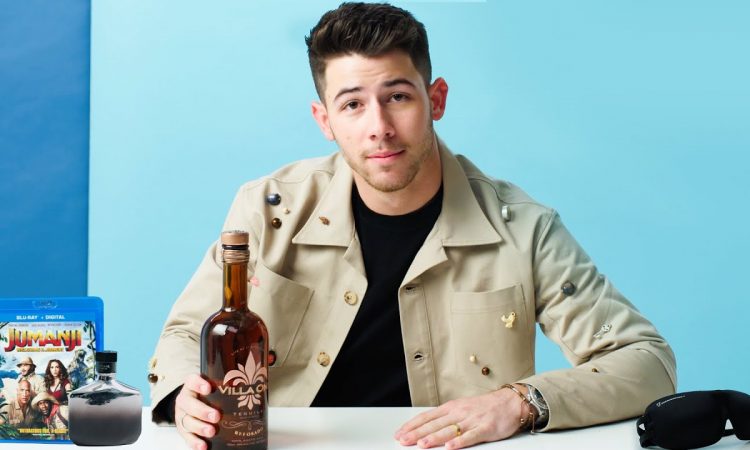 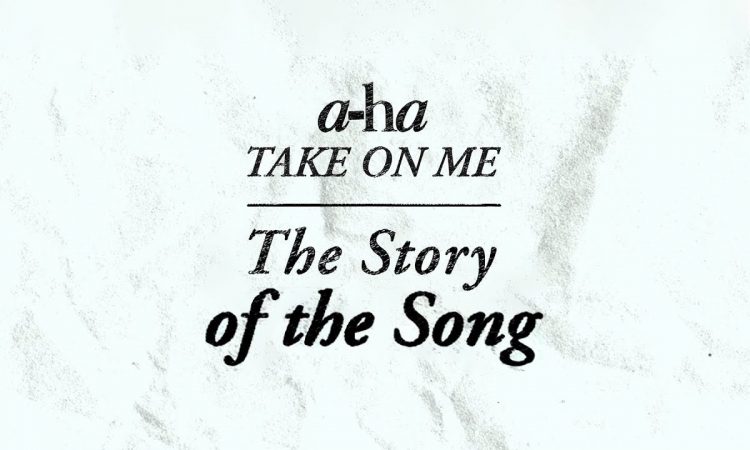 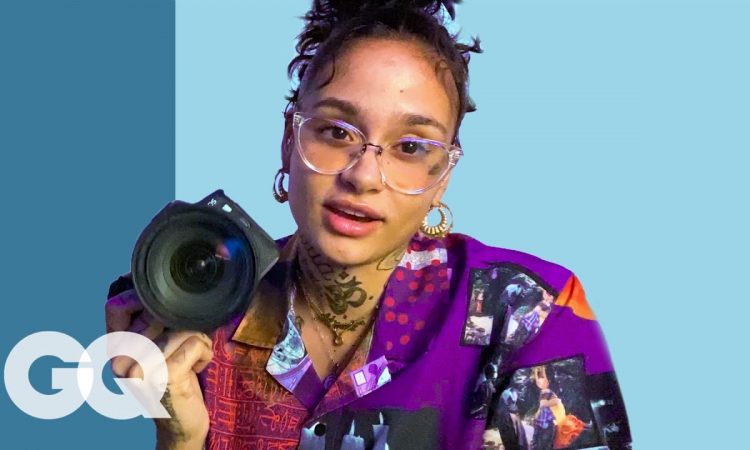